Pine Bush High School auditorium was buzzing on Tuesday, June 25, as families and friends awaited the Crispell Middle School eighth grade students who would soon be moving on to make this building their educational home this fall. 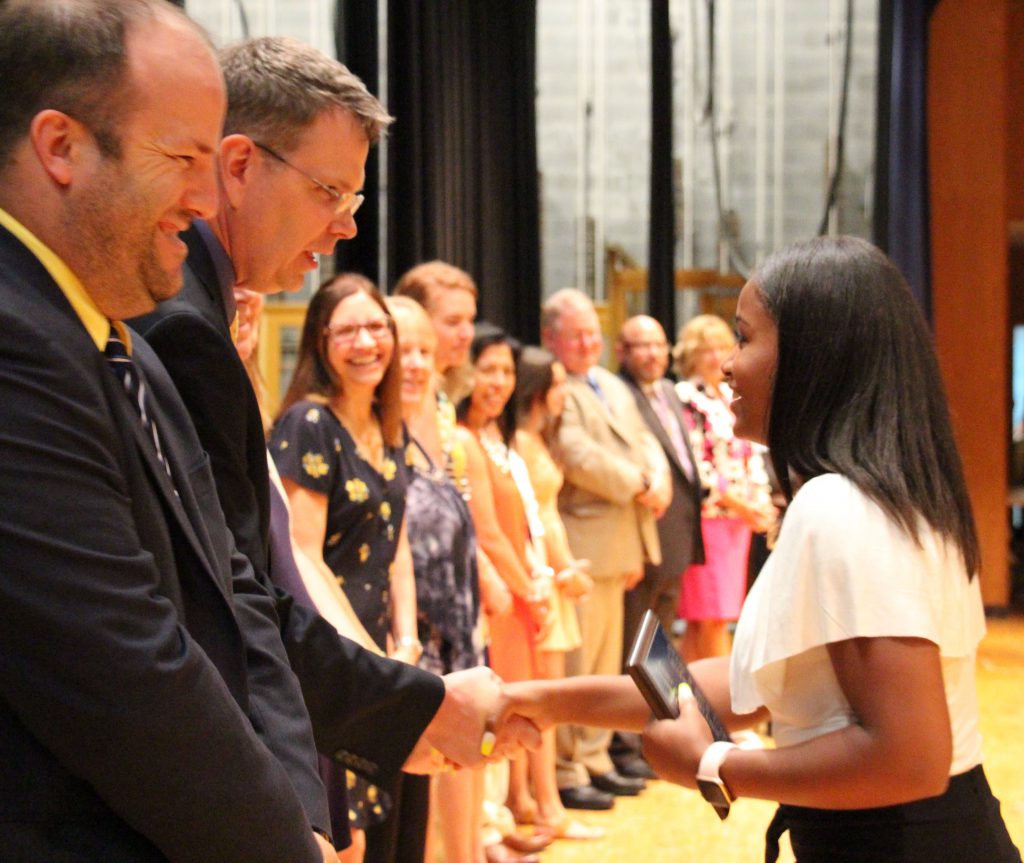 The 232 students proceeded into the auditorium as their classmates Jackson Schultz and Michaila Maggiola, president and vice president of their class, respectively, were on the stage ready to get the program started. The select choir sang the Star Spangled Banner and Principal John Boyle welcomed the class and staff. 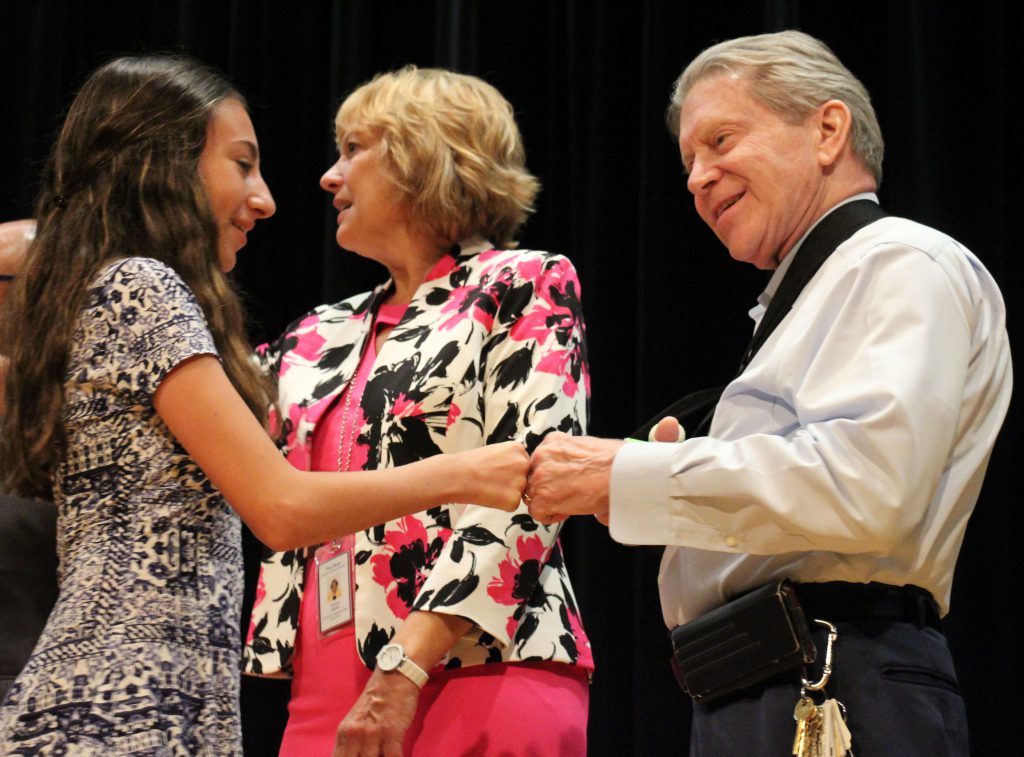 “You are beginning a new chapter of your life,” he said. “The best is yet to be.”

Tim Mains, superintendent of Pine Bush schools, also welcomed everyone and reminded parents and students alike that in four short years, they will be graduating from Pine Bush High School as the class of 2023! 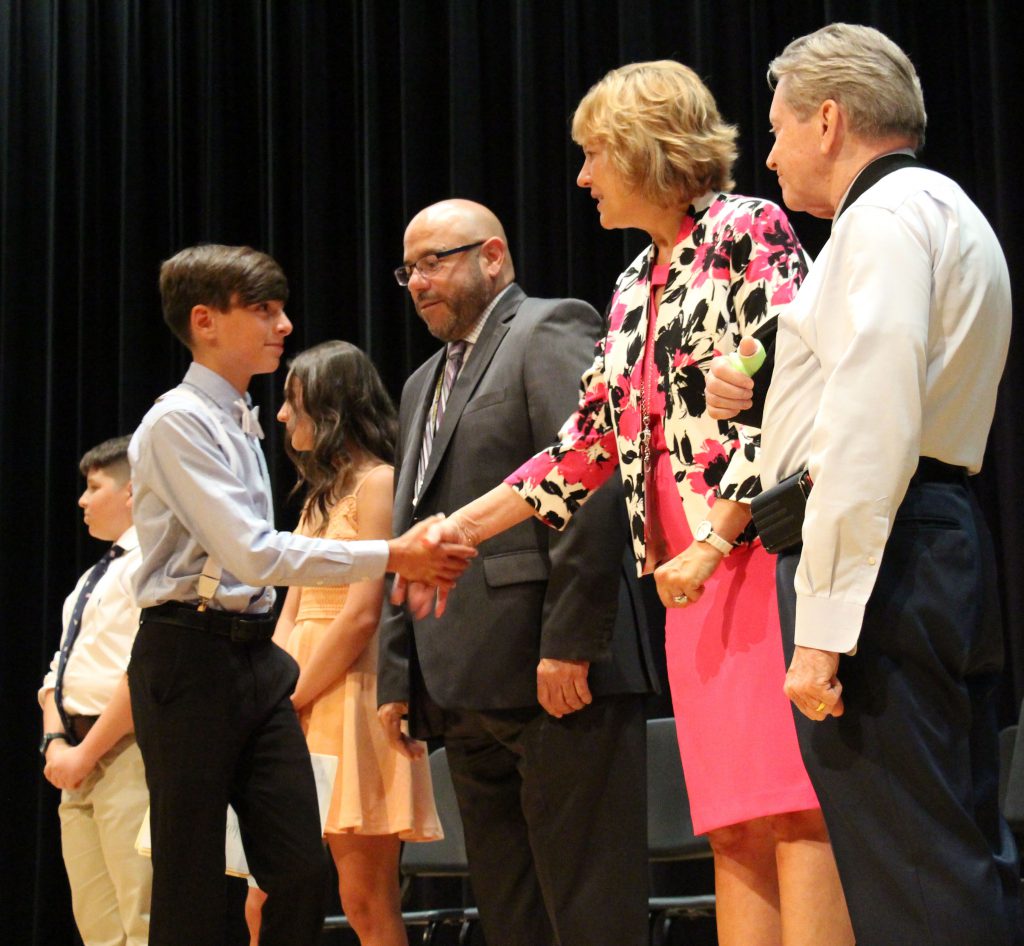 Many awards were presented to students for academics, music, drama and character development including: 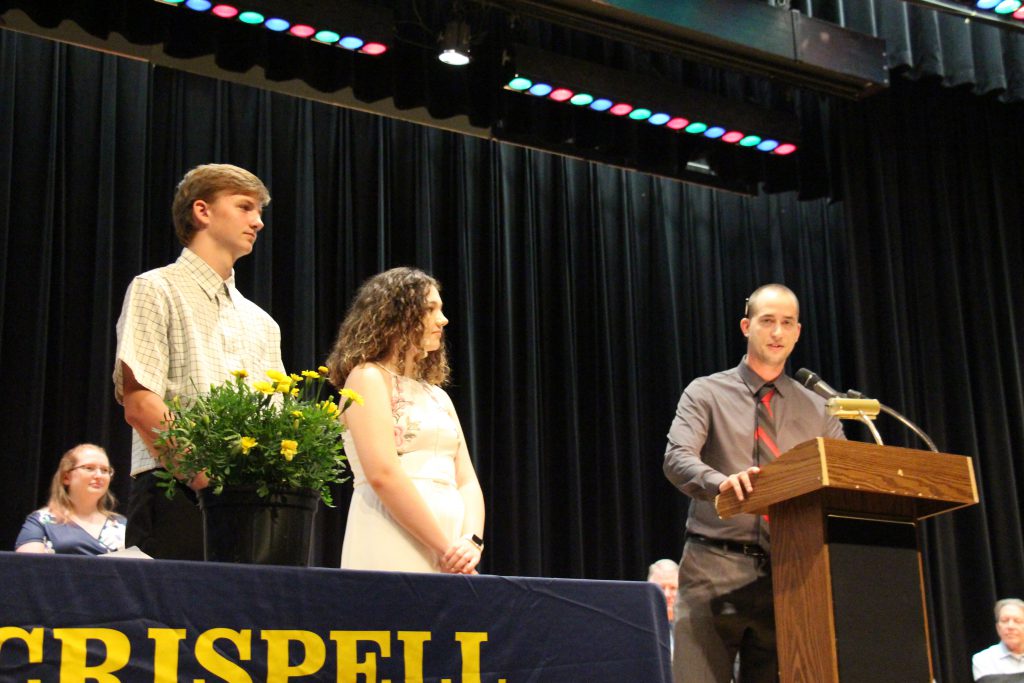 Congratulations to the students taking their next big step into high school.