Each English class at Pine Bush High School was focused on the same topic Tuesday – No Place for Hate. It was the annual kick off of the program for the 2019-2020 school year, setting the tone to students that they should be themselves and accept others for who they are.

How would you describe yourself? How do you identify yourself? Scholar, sister, athlete, woman, musician, hard worker, black, singer, big brother and artist were some of the answers given by the students. That was one of the exercises the students worked on. Later, they would discuss their self-vision and write those words on a paper petal that will soon be part of a large flower display at the high school.

“Everyone covers. To cover is to tone down a disfavored identity to fit into the mainstream,” read the passage. “In our increasingly diverse society, all of us are outside the mainstream in some way.”

The students then answered questions about covering in writing before discussing them as a group with Mr. Hurst. 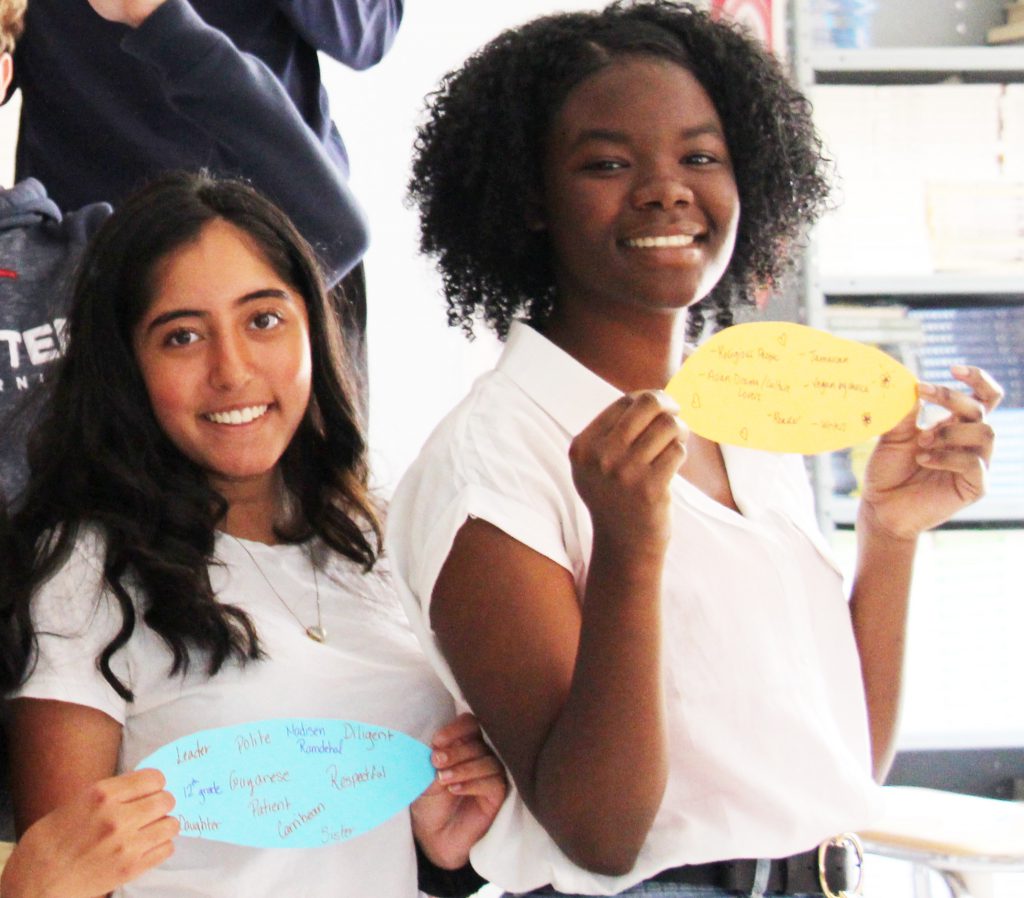 “Why might someone feel the need to cover an aspect of their identity?” asked Mr. Hurst.

“To fit in,” “to be successful,” because society has set up an environment where it’s necessary to do” were some of the answers.

“It’s easier to just be yourself,” said a student.

Should be, but that’s not always the case as Hurst recalled an experience in his life when a very good friend from childhood all the way through adulthood told Hurst that he was gay. He expressed relief in letting his good friends know about his sexuality and most of them accepting him.

“He was afraid we would cut him off,” said Mr. Hurst. “Some people were not accepting but the rest of us were.”

However, he would never tell his family because of his fear they would disown him. Mr. Hurst added, “There are people struggling out there.”

After their teacher read the No Place for Hate resolution that was projected onto the large screen in front of the class, the students all signed their names to it. 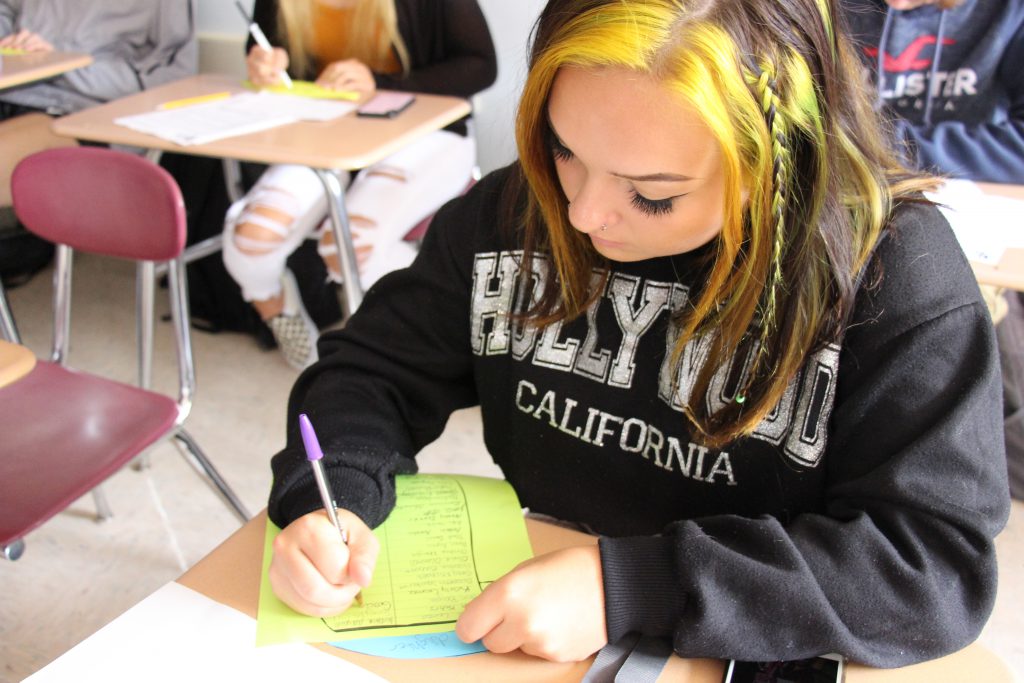 “I pledge from this day forward to do my best to combat prejudice and to stop those who, because of hate or ignorance, would hurt anyone or violate their civil rights. I will try at all times to be aware of my own biases and seek to gain understanding of those who I perceive as being different from myself. I will speak out against all forms of prejudice and discrimination. I will reach out to support those who are targets of hate. I will think about specific ways my community members can promote respect for people and create a prejudice-free zone. I firmly believe that one person can make a difference and that no person can be an ‘innocent’ bystander when it comes to opposing hate. I recognize that respecting individual dignity, achieving equality and promoting intergroup harmony are the responsibilities of all people. By signing this pledge, I commit myself to creating a community that is No Place for Hate.”

No Place for Hate is a self-directed program from the Anti-Defamation League where schools create their own curriculum working collaboratively with the ADL. The goal is to create a better school climate and decrease bullying and bias. All seven Pine Bush schools have earned the No Place for Hate Gold Status.