Take our survey for parents and/or staff as we Return to Learn. It is open until 4 p.m. on July 7

Online registration is available for kindergarten and pre-K students

June 30: Updated schedule for summer meal distribution. Learn what you need to know in English and Spanish 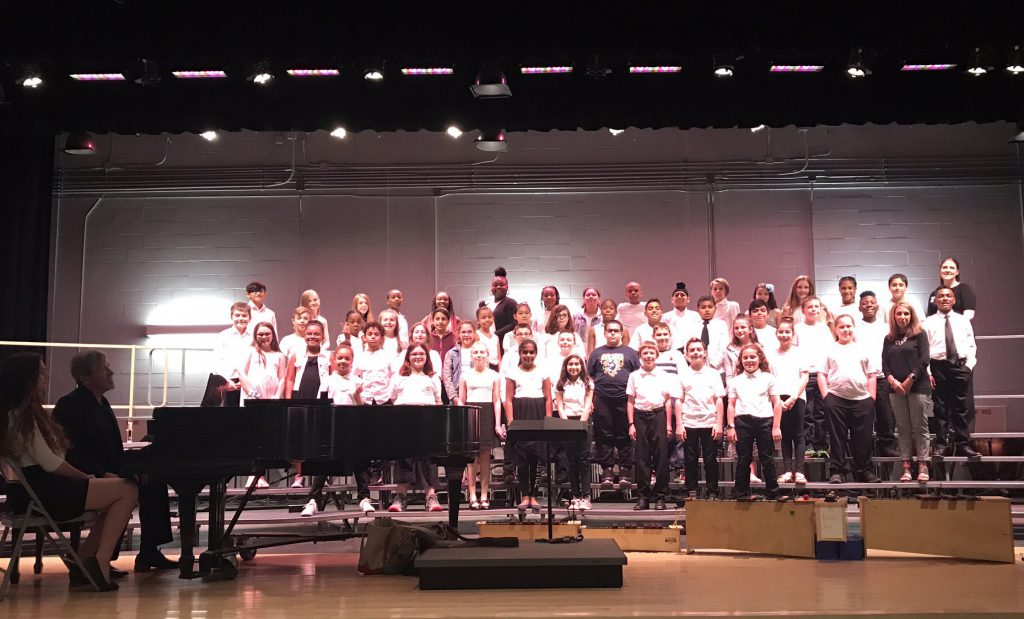 Mary Sousa is the CES chorus teacher. She brought her fifth grade choral students – 50 of them – to the NYSSMA majors festival on May 21. They performed three pieces including “Who Has Seen the Wind” by Victoria Ebel-Sabo, accompanied by Keira Masci on flute;  “Hitori” (Japanese Folk Song) arranged by Mary Donnelly and George L.O. Strid, accompanied by members of the chorus on xylophones, glockenspiel, chimes and finger cymbals; and “Three Quotes by Mark Twain” by Andrea Ramsey.

According to the NYSSMA manual, the silver rating:

“Will be awarded to organizations that have demonstrated an excellent level of technical and artistic skill in the evaluative categories identified on the evaluation form for all three selections performed. Any weaknesses will not have resulted in any major detraction from the overall musical performance given. Commendations will be given for those categories meriting special recognition. Recommendations for improvement in related categories will be given to guide the ensemble in further developing their music performance skills.”

Sousa said the CES group was one of only two elementary choirs present. The remaining 12 choirs represented secondary schools.

“They were over the moon about earning a silver designation,” said Sousa. “I want them to see it’s not just a once-a-year concert. They have things to strive for.”

“Participating in NYSSMA is helping me grow as a teacher. For the kids, we take it as an opportunity to be proud of what we’ve accomplished.”

On Thursday, June 6, 86 fourth and fifth grade chorus students at CES will perform at the Times Union Center in Albany as part of the American Young Voices Concert consisting of more than 3,000 schoolchildren from throughout New York state.