The video was produced by the CVMS Media Club. School counselor Anna Stroynick is the advisor. The students expressed the three steps of Start With Hello – See someone alone, reach out and help, start with hello – and how CVMS builds community and breaks barriers.

“Students in the CVMS Media Club filmed their peers conducting interviews and performed skits portraying how we do this,” said Ms. Stroynick. “Several CVMS students were involved in the creation, filming and editing of the video. They worked very hard on this project and they are thrilled to have placed among the best in the country.”

Circleville Middle School received a $100 award from the organization in recognition of their second-place video.

“We made an announcement that any student who wanted to be involved in the project should join us,” said Assistant Principal Seth Siegel. “We had a great response across all grade levels, a great cross-section of students. We are very proud of the students for volunteering and for coming up with the ideas that made it into the video.”

“As a district, we are proud of the substantial efforts made at each of our seven schools to open doors to a kinder and more accepting climate in Pine Bush,” said Superintendent of Schools Tim Mains. “This video is so well done. The students did a wonderful job. But it’s the message of inclusion behind it that makes it so powerful.” 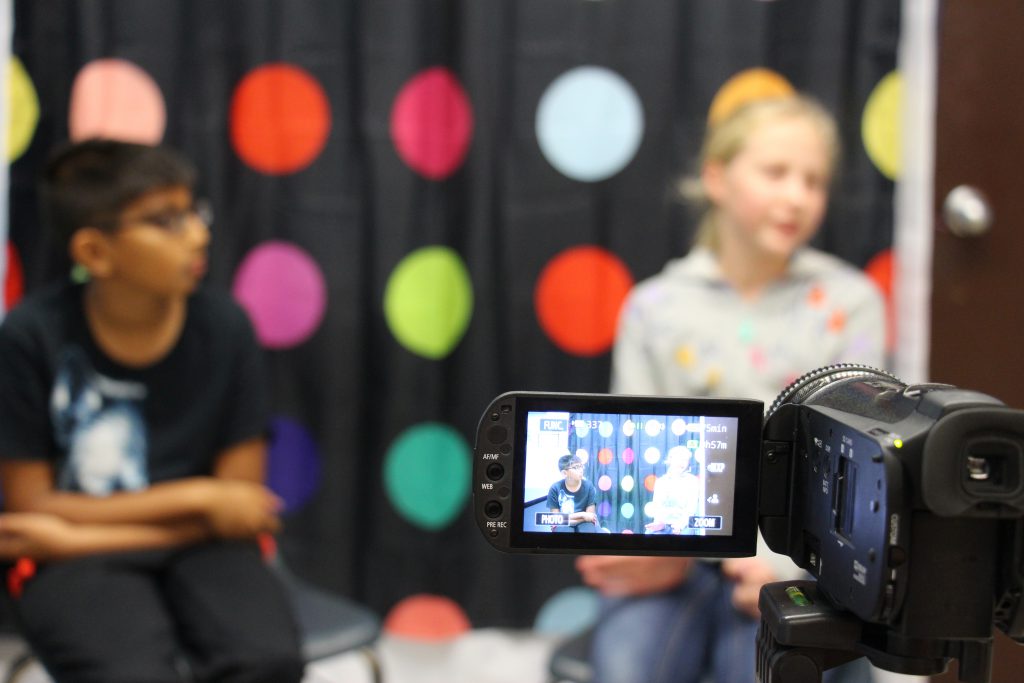 Sandy Hook Promise is the nation’s leading school violence prevention organization. It launched these awards with the larger Start With Hello Week campaign to recognize school efforts to prevent bullying and violence. The group received hundreds of entries for the contest, including Student Voices in three categories: Spoken Word, Visual Art and Written Word. In addition, there were school and district awards for commitment to the Start With Hello program long-term.

Start With Hello Week raises awareness about social isolation. It is designed to help kids in grades 2 through 12 break the ice, overcome social barriers and get to know one another in order to create and sustain an inclusive culture and school community.

“Teaching empathy and compassion in early life is absolutely critical for preventing violence and depression,” said Nicole Hockley, co-founder and managing director of Sandy Hook Promise and mother of Dylan, who was killed in the Sandy Hook School shooting. “By integrating these values in school culture, we ensure that our schools can be supportive safe havens for our children. This can have a life-long impact.”

That is indeed the goal. Congratulations to CVMS for being a leader in building community.