Anna-Marissa Estep began her tenure as assistant principal at Pine Bush High School  this week. Her road in education started with a passion.

As a mom raising her four children, Ms. Estep was a constant volunteer presence in her children’s schools. It was there that she was moved to teach, following in her mother’s footsteps. 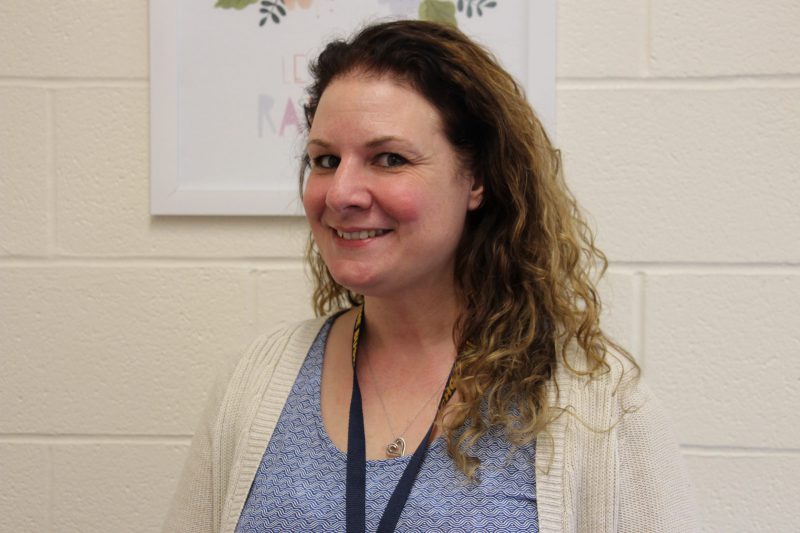 She attended Mount Saint Mary College in Newburgh where she received her master’s degree in education and went on to become a science teacher.

“I had been in the classroom as a volunteer so much and really wanted to have a greater impact,” Ms. Estep said. “I absolutely loved teaching science – I mostly taught Living Environment, but have taught other science courses.”

She taught in Monticello and Washingtonville for eight years. She earned her certificate of Advanced Study in Educational Leadership from SUNY New Paltz before moving to administration as an assistant principal at Monticello High School. When she heard of the opening here in Pine Bush, she looked at it as an opportunity to extend her reach further.

“Years ago, I did a leave replacement in Pine Bush and enjoyed it,” said Ms. Estep. “It was a very welcoming and friendly environment. I was thrilled to get the position here where I can interact with students and help them make good choices in their school lives.”

She’s been encouraging good choices outside of school buildings for even longer as she and her husband have four children, three daughters and one son, ranging in age from 13 to 27. They also have three dogs. In her spare time, Ms. Estep loves to get the endorphins pumping with running!

“We are very excited to have Mrs. Estep as part of the high school team,” said Mr. Hopmayer. “She brings great energy and a host of experiences which will benefit our school community.”

Ms. Estep said she was elated to join the team here at Pine Bush, a team with great experience, compassion and a fervor for helping students reach their full potential.

She still misses the classroom – “It was my first passion.” However, she feels she will have a great reach here and have an impact on so many, just in a different way.

“I am eager to be part of the Pine Bush High School family,” said Ms. Estep, “and help encourage our students toward their own passions.”